A journey through Scotland

Join me on my audio journey through Scotland – Unique Scotland. Every episode is different as I share my experiences with you.

Welcome to the Unique Scotland Podcast, the audio and video link on this website. My Podcasts complement my photo galleries and let you hear about and see Scotland at first hand. This page will allow you free access (subscribe) to the podcast so that you will be informed when a new episode has been issued. It will also ensure that you’ll be able to listen to previous episodes of my Podcast.

An audio expedition of scotland

Scotland’s North Coast 500 was opened in 2015 and this 516 mile route has become a popular travel destination. This, Part 4, of our tour will take us from Bettyhill in Caithness to Durness on the north western corner of Scotland. This is Mackay Country. At Bettyhill we will hear of the renovation of the Strathnaver Museum and the Clan Mackay artefacts held within.

We will pass through the town of Tongue and take a walk up to the old Castle Varich, the Mackay stronghold for hundreds of years. We will cross the Kyle of Tongue and drive around loch Eriboll which, for centuries, has been used as a safe anchorage from the often stormy seas of the North Atlantic Ocean. Tales of Viking massacres and German U-Boats will be told.

We then head west to Durness, dropping into Smoo Cave on the way, a wonder to behold. At Durness we will find out why there is a memorial garden to John Lennon, one of the famous Beatles, and why is one of his songs dedicated to this area? The north coast is a really beautiful rugged coastline with fabulous sandy beaches and spectacular views to the far north.

Come and join me on another Unique Scotland adventure!

Listen on your chosen platform

The Latest Letter From Scotland Episode! 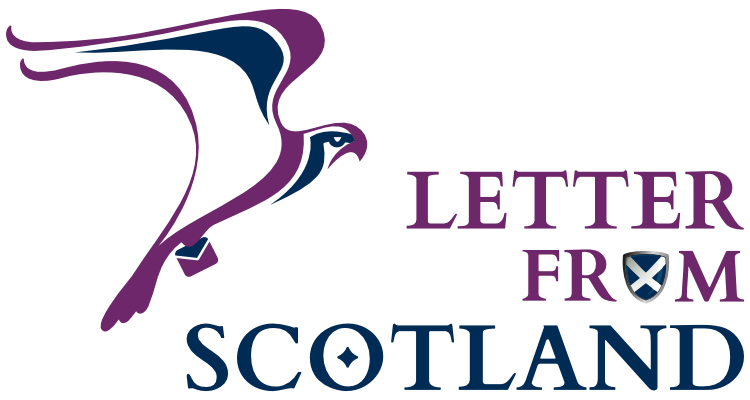 It is a mixed bag this week and this newsletter starts off with reports on the COVID situation in the UK and in Scotland in particular including the political ramifications on the different priorities of the Devolved Governments that make up the UK.

Exciting news as this Newsletter was being recorded that a working Vaccine has been found with 90% efficiency. Fantastic news for the travel industry and for those who have been locked down for too long. This Newsletter also mentions the Outlander series and the possibility of fans to work alongside Sam Heughan and Catriona Balfe (Jamie and Claire).

Shock, Horror! Could it be possible that Meghan Markle could become the next President (after Biden or Trump – Mr Trump hasn’t conceded as this goes online) and her Royal husband Harry becomes the First Gentleman? All this, and a few other stories from the Scottish Media.

Episode 19 - From Inverness to Gairloch - Part 4

Episode 18 - From Inverness to Gairloch Part 3

Episode 17 - From Inverness to Gairloch Part 2

Episode 16 - From Inverness to Gairloch Part 1

Episode 15 - From the Trossachs to Stirling

Episode 14 - From Loch Lomond to the Trossachs

Episode 13 - From Skye to Fort William

John Harbour explains what you can expect from the Unique Scotland podcast series. An introduction to this small but beautiful country. The people, the places, the customs and a carefully researched tour through this proud nation; with John as your expert, trusted guide. Subscribe now and receive each episode as it’s released.

Be the first to get information on the latest podcast release. You will also get notification of special releases and our Video release to YouTube.

Any cookies that may not be particularly necessary for the website to function and is used specifically to collect user personal data via analytics, ads, other embedded contents are termed as non-necessary cookies. It is mandatory to procure user consent prior to running these cookies on your website.